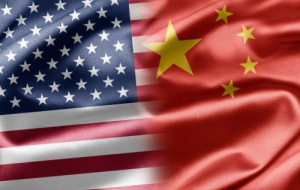 On Wednesday 3 February Baroness Valerie Amos, the Master, chaired a conversation between Professor Adam Smith, Univ Professorial Fellow and Director of the Rothermere American Institute, and Professor Rana Mitter OBE, Professor of the History and Politics of Modern China and Fellow of St Cross College, about China and the US. The conversation covered the two countries’ respective paths to global power, attitudes to the global order, internal and external challenges. 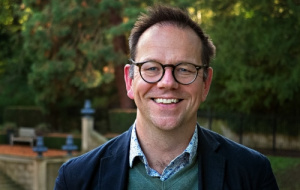 Professor Adam Smith is the Edward Orsborn Professor of US Politics & Political History and specialises in the American Civil War, but he is also interested in democratic politics in various settings. One strand of his research is the study of the image of the United States around the world. His most recent book The Stormy Present: Conservatism and the Problem of Slavery in Northern Politics, 1848-1865, published in 2018, won the American Civil War Museum’s Jefferson Davis Book prize and was a finalist for the Gilder Lehrman Lincoln prize.

Professor Rana Mitter works on the emergence of nationalism in modern China, both in the early twentieth century and in the present era. He is the author of several books, including Modern China: A Very Short Introduction (2008, new ed. 2016). His recent book China’s War with Japan, 1937-45: The Struggle for Survival was named as a 2013 Book of the Year in the Financial Times and the Economist. Last year he received the Medlicott Medal from the Historical Association.

For World Book Day on 4 March…