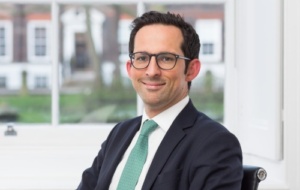 Can Yeginsu (1999, BA English and BCL) has been appointed by the Lord Neuberger of Abbotsbury to succeed Amal Clooney as the Deputy Chair of The High Level Panel of Legal Experts on Media Freedom.

The High Level Panel of Legal Experts on Media Freedom is the independent advisory body of the Media Freedom Coalition of 50 States, currently co-chaired by the United Kingdom and Canada. The High Level Panel was established in July 2019 at the request of the Coalition’s Co-Chairs and is composed of leading experts in the field of international law.

The High Level Panel’s remit is to provide legal advice and recommendations to the Coalition and its partners, including international organisations, for the purposes of promoting and protecting a vibrant, free, and independent media. The High Level Panel also provides individual States with legal advice in the form of legal opinions on draft legislation or legislation already in force, where media freedoms are engaged, as well as amicus curiae opinions at the request of a constitutional court or an international court in a media freedom case of general public importance.

The Panel’s work is already having an impact. For instance, they have published an advisory report on the Safe Refuge for Journalists at Risk (authored by Can) which made a number of recommendations to the 50 States. Those recommendations are now being adopted, with Canada recently announcing a “first of its kind” refugee stream for journalists and human rights defenders, and the Dutch Parliament passing a bill for the creation of an emergency visa for journalists at risk (one of our chief recommendations). They have also been asked to intervene in a case before the Inter-American Court of Human Rights and have reviewed draft legislation impacting media freedoms in Zimbabwe, Pakistan, and Sudan (at the request of those States).

Can Yeginsu is a barrister practising at the London Bar in the fields of commercial law and international law. He is a tenant at 3VB. He also teaches international law at Columbia Law School in New York and Georgetown University Law Centre in Washington DC. At Univ, he was Vice-President of the JCR and Masters’ Scholar to the US, he then went onto Princeton and Harvard Law School before going to the London Bar.

The Parrot in the Mirror