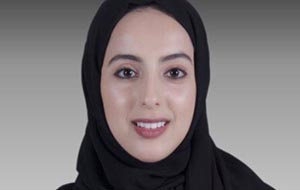 Univ alumna Shamma Al Mazrui (2014, Social Studies) has been appointed as Minister of Youth Affairs in the new UAE Cabinet.

Sheikh Mohammed bin Rashid Al Maktoum, Prime Minister and Vice-President of UAE has appointed Shamma Al Mazrui as the Minister of Youth Affairs in the new cabinet. Shamma is 22 years old and completed a Master of Public Policy at the Blavatnik School of Government and a Bachelor’s degree from New York University. She will also be the President of the Youth Council which will “represent the aspirations and affairs of the youth before the government.”

She was previously an intern with the UAE Embassy in Washington D.C.