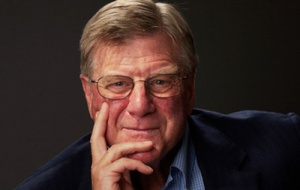 Phil Power (1962, PPE), Founder and Chairman of the Center for Michigan, has been elected a Foundation Fellow in recognition of his lifetime giving and philanthropy to the College.

Philip Harwick Power came up to Univ in 1962 to read PPE as a Marshall Scholar. He had previously been at the University of Michigan, where he had been the editorial director of the Michigan Daily, a student publication. Having graduated from Univ, Mr Power spent some 40 years in the newspaper and journalism industry back in the States, where he founded and chaired HomeTown Communications Network, Inc. He sold his newspapers in 2005 and founded The Center for Michigan in 2006, a think-tank which aims to encourage greater understanding and involvement in policy issues among the local community and to make sure their voices are regularly heard.

Phil Power also sits on the board for the American Friends of University College, Oxford, a US charity which has been fundraising for and supporting Univ since the late 1970s. The College is extremely grateful for his long-standing support and commitment.

Each year, the College can elect an Old Member to the status of Foundation Fellow, in recognition of their lifetime giving and their philanthropy to the College. This year, we are delighted to announce that Phil Power was asked to become the latest Foundation Fellow. He accepted, and the election passed Governing Body in Michaelmas 2020.

Speaking of this, and of his wider support for the College, Phil Power said:

“I am moved at being named a Fellow of the College. My years at Univ were among the most important of my life. I’m delighted to maintain and extend my relationship with my College.”

The College is delighted to…