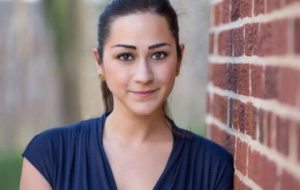 Univ alumna Dr Tara Shirvani (2009, Chemistry) has been listed by Forbes Magazine as one of their 30 under 30: 300 of the top young leaders, creative inventors and entrepreneurs in 10 different sectors.

She was invited to attend the International Forbes 30 under 30 Summit in Tel Aviv in early April 2016.

Tara is a Climate Change Policy Analyst at the World Bank, with a focus on designing climate-resilient and low-carbon transport and energy policies for developing countries. In 2012, she was recognised as a “Global Shaper” by the World Economic Forum.