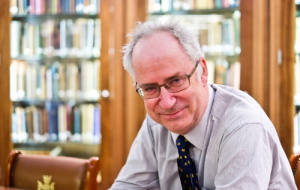 Professor Wessely started his psychiatry training at the Maudsley in 1984, and joined King’s College School of Medicine, as it was then called in 1991. He has been at the Institute of Psychiatry, Psychology and Neurosciences, King’s College London, ever since. He did pre-clinical at Trinity Hall Cambridge, with a BA in History of Art, and then BM BCH at University College Oxford. His Masters and Doctorate are in epidemiology.

Professor Wessely is a fellow of the Royal College of Physicians, Royal College of Psychiatrists and Academy of Medical Sciences.He established the King’s Centre for Military Health Research in 1996, and remains the Co-director, and since 2013 has been the Director of the PHE NIHR Health Protection Unit for Emergency Response and Preparedness, which has been very active during the COVID-19 crisis. He is a Past President of the Royal College of Psychiatrists and the Royal Society of Medicine. Between 2017 -19 he led the Independent Review of the Mental Health Act, which paved the way for new legislation in 2022.

His main areas of research have been in unexplained symptoms/syndromes, military health, epidemiology, clinical trials and how populations and people react to adversity.

You can watch Professor Wessely’s Desert Island Discs on the BBC website.

Innovation in a Post-COVID world