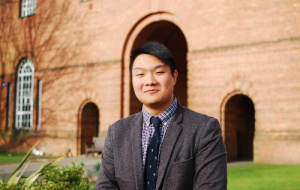 Elijah Lee (2018, BA Philosophy and Modern Languages – Russian), former captain of Univ RFC, made his international rugby debut in the Allies’ cup during his year abroad in Kyrgyzstan.

Owing to the pandemic, Elijah was not able to travel to Russia and so he decided to go to Bishkek, Kyrgyzstan in January. He previously captained Univ RFC and played in Ukraine so thought that rugby would be a good way to meet people. Elijah writes: 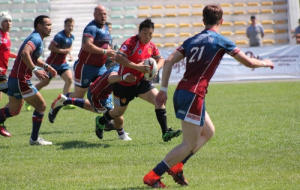 “I found open training sessions via the internet. I was quickly told that the Kyrgyz national team would be competing in the Allies’ cup, where some post-Soviet countries play and celebrate the ‘victory over the German fascist occupiers’.

“For the rugby 7s competition, we strapped the posts and padding to a car and drove 15 hours south to Osh where the tournament was held. Rugby in Kyrgyzstan is still developing and so the game is still developing, for example we trained at an army base because it was the one of the only places we could train. Many of the players on our team were also soldiers and conscripts. In Osh, we stayed at an army base and it was an extremely interesting experience, especially as a border conflict with Tajikistan broke out nearby while we were there so some players from the team went to fight, and the Russian 7s team decided not to come due to this (I think). The base was quite chaotic though, as many soldiers were mobilising the night we got there. 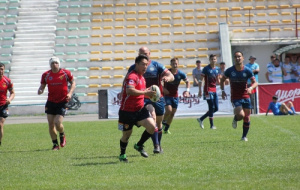 “After putting up the posts and pads, the tournament lasted two days. The Kazakh national team was much better than us unfortunately as Kazakhstan has a professional rugby 7s league so many of their players were more experienced and physical than ours, who just play recreationally. Uzbekistan also were better than us, so we ended up coming fourth out of the five teams that were there (there was a club from Almaty and a Kyrgyz military team).

“All in all, it was a great year abroad experience and I’m very pleased to make my international debut.”

You can watch the finals online as well as an interview with Elijah in Russian here (Elijah appears from 1:28).

Professor Karen O’Brien has been…