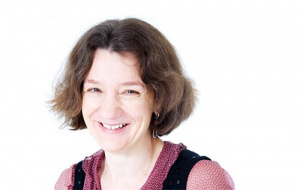 A Fellow of the Royal Society of Arts and Honorary Fellow of Peterhouse, University of Cambridge, her research focuses on the literary and intellectual history of the British, American and French Enlightenments. She has written extensively about the historical writing and culture of the British Enlightenment, and about the development of sociological thinking in this period, particularly as it related to a new understanding of the role of women. Her books include Narratives of Enlightenment: Cosmopolitan History from Voltaire to Gibbon (1997) and Women and Enlightenment in Eighteenth-Century Britain (2009). She co-edited and wrote the introduction to the 1750-1820 volume of The Oxford History of the Novel (2014). More recently, she co-edited The Cambridge Companion to Gibbon (2018), and wrote about the cultural impact of Malthus and population theory in late Enlightenment period, including in the Yale edition of the 1803 Essay on the Principle of Population (2018).

Prior to joining Oxford, she was Vice-Principal for Education at King’s College London. She has served on the international jury of the Institut Universitaire de France and as chair of the Russell Group Pro-Vice-Chancellors for Teaching and Learning

Professor O’Brien commented on her appointment: “I am honoured and thrilled to be joining Durham University, which is distinguished for the excellence and impact of its research, the quality of its education and its Colleges and Wider Student Experience.”

You can read a profile with Professor O’Brien here.

Hellenic Commander of the Order of Honour

The Government of the…