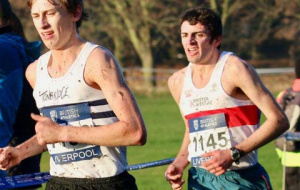 Univ is delighted to announce that William Christofi (4th year, Classics) has been selected for the Great Britain U23 team for the European Cross Country Championships.

Taking place in Chia, Sardinia, on Sunday 11 December the European Cross Country Championships will be covered live on the BBC “red button” service from 9.30am – check listings for confirmed details.

William qualified for the Championships after running in the British trials at Sefton Park in Liverpool on Saturday 26 November, coming 18th in the combined senior / U23 race and placing 3rd for U23. For context, and in testament to William’s impressive effort, it was won by Andy Butchart, who came 6th in the Olympic 5000m final this summer behind Mo Farah.

Commenting on the news of his inclusion in the squad William commented: “We are flying out on the Thursday evening, and returning on the Monday, so the job really is being done properly – I even got an email yesterday from UK Athletics about anti-doping, which was interesting…”

We wish him the very best of luck.