Buildings and their benefactors 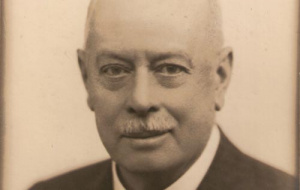 Every building project at Univ has to start with the awkward question: how do we pay for it? Back in 1610 we wanted to replace our medieval quadrangle, but, due to lack of funds, nothing could be done for twenty years.

At a time, therefore, when planning for Univ North is in earnest, we should record a significant gift towards this latest project from an Old Member, David Booth, who died last year. David bequeathed a gift of shares currently estimated to be in excess of £5 million, and, in consultation with his family, this bequest will be put towards Univ North. His bequest offers a chance both to think about David himself and his remarkable Univ family, and some other major benefactors towards our buildings.

So who was David Booth? Last year’s University College Record includes a tribute by his brother Richard from which this account is drawn. After an adventurous childhood, during which he, his mother and brother were evacuated to Jamaica during the Second World War, David followed his relatives by coming up to Univ in 1950. Here he read Physics, carrying out postgraduate research under the legendary Lord Cherwell.

On leaving Oxford, David worked in the nuclear industry, and was later appointed a Principal Inspector of Nuclear Installations. As Richard put it, “Inspectors must be even cleverer and more rigorous than those they regulate.” This work, by all accounts, suited David perfectly. 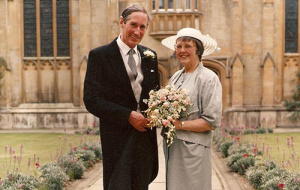 Outside work, David enjoyed tennis and gardening. However, he was also a keen genealogist, and astonished his family by discovering among their ancestors
a Mohican chief, Alfred the Great, and seven saints. David retired early and then married in Univ Chapel his lifelong friend Rosemary Schwerdt. Richard remembers their marriage as a “brilliant success”, and her death in 2018 as a sad loss.

David’s links with Univ, then, were lifelong, but they are also unthinkable without knowing that he is one of at least ten members of his family to have come here.

The first Booth was David’s grandfather Charles (1868-1938), who came up in 1887 to read History. Notes by David suggest that Charles chose Univ because his family were close to our future Master, Reginald Macan. The Booths came from Liverpool, and Charles’s father, Alfred (1834-1914) founded Alfred Booth & Co., Ltd, and the Booth Steamship Co, Ltd. He founded the firm with his brother Charles (1840-1916) of Life and Labour in London fame. As well as shipping, the Booths were key players in the leather manufacturing trade.

Charles worked in his father’s business, mainly on the shipping side. However, he also served as Chairman of the Midland Railway, and Chairman of the Bank of Liverpool. He was a noted philanthropist and supported many good causes.

The oldest son, Henry (1901-84), worked first in the family leather trading business before setting up his own business later taken over by Vestey’s. His career was spent mainly in Abingdon, where he served as Mayor in 1949-50. He was also a keen mountaineer. The second son Alfred (1906-32) also worked at Abingdon in the family’s leather business, but died suddenly of polio on Madeira aged only 26. An affectionate obituary by Henry recalls Alfred’s engineering skills – not least how, on a driving holiday, Alfred, helped by the blacksmith in a Czechoslovakian village, constructed a new steering gear for his car. The third son, Charles (1910-95), worked first for the Booth Steamship Company, and then for a company manufacturing industrial honeycomb. Outside work, he supported the Scouts, and St John’s Ambulance, and left money to Manchester College to establish scholarships to train Unitarian ministers. The youngest brother Thomas (1914-41) joined the Royal Artillery in 1939, and was evacuated from Dunkirk. He died in November 1941 of stomach cancer, but College Office cards record that his illness was “accelerated by war service”, and he is on our Second World War Memorial.

Two of Henry’s sons came up to Univ, namely David himself and his older brother Michael (1945, Chemistry). Michael (1927-97) joined the chemical industry, but, as a founding member of the revived Univ Players, took a keen interest in the theatre. Sadly, Michael suffered a major stroke in 1977, and had to retire early. 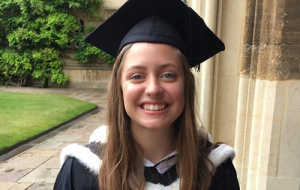 When David himself came up to Univ, he was joined by his cousin Jeremy (1930-2020), son of John Booth (1950, French). Jeremy joined the family firm, becoming a Director in 1963, but in 1972 left the firm to become a schoolmaster. Meanwhile, another Univ member, namely Neil Huxter, a Bishop’s Rhodes Scholar (1955, English), joined David’s family when he married Angela, David’s sister. The most recent descendant of Charles Booth is a granddaughter of Jeremy, namely Cecilia Bailey, who came up in 2016.

Looking at a whole family like this offers a fascinating glimpse into the different paths which a middle-class professional family could follow – but also how sadness could come to it in many forms.

David’s contribution towards Univ North is the latest of a long series of major donations towards College building projects and needs setting in context. Even in the fifteenth century, various small donations helped Univ build its first quadrangle. However, the first really major donation for a building project came in 1631. An Old Member, Sir Simon Bennet (1602), died that year, leaving the College a large tract of wood in Northamptonshire. Bennet’s bequest was carefully planned: he asked that the College first cut down the woodland, selling the timber to pay for a new quadrangle, and then convert the cleared area into farmland, to be leased out to fund new Fellowships and Scholarships. Work started on a grand new quadrangle in 1634, and Bennet’s gift paid for about half of it, before war ended work for over twenty years.

John Radcliffe (1666) was another Old Member who remembered the College in his will. A Yorkshireman of modest means, Radcliffe became an extremely successful society doctor in London. Apart from his skill in diagnosis and in healing people, he was famous for his lively bedside manner. He thus acquired a great fortune, but always hinted that he would remember his old College. Some of his money, of course, went to the university, to create the Radcliffe Camera, Infirmary, and Observatory, but Radcliffe was true to his word: as well as endowing here two new medical Fellowships, he bequeathed £5,000 to build a second quadrangle. Radcliffe had strong views on how his money should be used, insisting in his will that his new quad be “answerable to the front already built”. Perhaps this was rather interventionist advice, but by 1719 Univ had a brand-new quadrangle ready for use, and it has always been a popular space for Univ members.

The third great building benefactor to Univ was Arthur Goodhart (1891-1978), who will be well remembered by several readers as our first American (and Jewish) Master from 1951-63. Goodhart stands apart from David Booth, Simon Bennet, and John Radcliffe, in having been a Fellow and Master, not an undergraduate. Also, he inherited his money from banking, being a member of the great Lehman banking family. Goodhart’s philanthropic instincts, however, were no less strong. First of all he paid for the creation of the Alington Room in 1956, and then donated, or raised, the money for the Goodhart Building, completed in 1962. We should also not forget his sister, Helen Altschul, who paid for Helen’s Court.

These are some of the major benefactors to College building projects. However, many building projects have depended as much on lots of little donations as a few large ones. The east range of Main Quad is a case in point, as is the refurbishment of the Hall in 1904, to say nothing of Stavertonia. However, one project which stands out is the completion of the Hall in 1656/7.

The outbreak of civil war in 1642 left the Chapel and Hall of our new quadrangle as bare unroofed walls, but in the 1650s our then Master, Francis Johnson, and the Fellows planned to finish the Hall. This was a terrible time to raise money. Univ had been strongly Royalist in the 1640s, and our then Master and several Fellows had been expelled by the Parliamentarians. Most Old Members therefore considered Johnson and his Fellows mere intruders – and just five Old Members supported the project. Instead the Fellows had to call upon local tradesmen, London Aldermen, and the like. They also called on a house next to the College occupied by a nobleman with an interest in natural philosophy, who agreed to give them £10 (this being the great Robert Boyle’s only link with the College).

We are very grateful to Neil and Angela Huxter for their assistance in writing this article, and for providing photographs of David and his family.

The College would like to note that this has been an extraordinary year for bequests from other Old Members and friends as well. We would particularly like to thank Margaret Allen, George Cawkwell, Michael J Leppard (1956, Theology and Education), Brian Loughman, Neville Wills (1948, Social Studies), and Pamela Wolstenholme, all of whom have given substantial bequests this academic year, along with many donors of modest legacies from the Univ community. The College is grateful to all Old Members and friends of the College who have remembered Univ in their wills.

If you would like to discuss legacy giving, please telephone the Development Office on 01865 276958, email Martha Cass – Martha.Cass@univ.ox.ac.uk or visit our Give Back to Univ page.

This feature was adapted from one first published in Issue 12 of The Martlet; read the full magazine here or explore our full back catalogue of Martlets below:

A Tale of two galleries