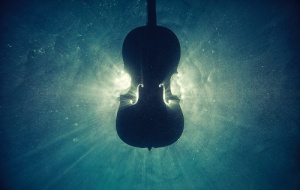 Roger Press’s (1974, PPE) latest music venture is Music Passion, a platform that seeks to support musicians and performers in the current situation when physical audiences are hard to come by.

Based in London, Roger Press has worked in the music industry for over 20 years. He began his career at EMI where he started the classical music video division, and won an EMMY Award as executive producer of Perlman in Russia. From there he moved to PolyGram (now Universal) where he oversaw video production across Deutsche Grammophon, Decca and Philips.

He then joined the Entertainment and Media division at PwC (Pricewaterhouse Coopers) consultancy services building on his knowledge of the music industry, where he worked on internet strategies, royalty systems and satellite services business plans. He founded the company Academic Rights Press in 2008, an electronic publisher of databases for the academic market. The most recent products are Music ID and Film ID which present data sets to drive insights in humanities research.

Listeners can pay $1 a month or $10 a year to listen to the full library of music from performers from around the world. Performers and composers can upload their recordings and create a page for themselves on the website.

Through the “Our House” community project…