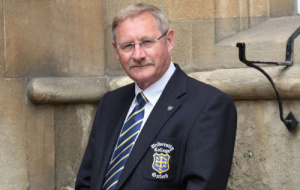 Bob Maskell, Head Porter at Univ from September 2006 to September 2018, was interviewed in July 2018 ahead of his retirement.

What does the role of Head Porter involve?

The management of the Lodge – which is the first port of call for anyone who comes into Univ. We look after guests, visitors, students, fellows, contractors, summer schools – everybody who comes through our doors, even if it’s just the postman. We deal with all key management, I have in excess of 2,000 keys, every door has a key – whether it be electronic or a physical key.

We manage the physical security of the College, which means opening and closing the Logic Lane gates, the Fellows’ gate, the Examination School gates and the kitchen gates every day. We are constantly in contact with each other via radio. We have CCTV monitoring for Staverton, the Boat House, and the Sports ground.

Every day brings something new. Today, for example, a group from the British Society for Stained Glass Windows turned up for a visit. I introduced the guided tours in College. I came up with the idea of enlisting our own students in vacation time, for which they are paid. The students go on a course with our Archivist, Dr Robin Darwall-Smith, and the students giving the tours are really passionate and professional.

What is the funniest thing a student has asked you to store?

Many of our students come from overseas, so they buy whatever else they need for the three years when they are here, and leave it behind when they leave. When I first came here I went down to New Building storage – and there were about two or three rooms full of boxes that students had left behind. I found a violin, computers, telescopes, swords, bedding – to name but a few. It took me ten days and two skips to clear out the rooms, so yes – we do find some odd things. 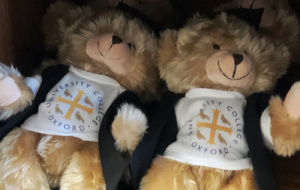 What is your proudest achievement at Univ?

I’ve introduced Univ merchandise which is a huge success and I’ve introduced the tours which have been a runaway success. We sell reusable water bottles and keep-cups, notebooks, caps with the Univ logo on them, t-shirts, hoodies, pens, notebooks, cufflinks, even mugs and teddy bears – I sold in excess of £5,000-worth of teddy bears in the first year.

At my suggestion, we purchased four defibrillators for the College – including one at the Lodge and one at the Boat House. The defibrillator in our Lodge saved somebody’s life last year. That, to me, is one of the real highlights – a piece of equipment that I suggested we buy has saved someone’s life. 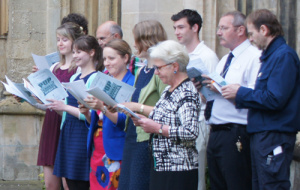 Any other fond memories?

I used to be in the police and I’ve brought several VIPs to this College. I brought Bill Clinton and Margaret Thatcher here, as well as Princess Margaret. Before I worked at Univ I was a VIP close protection bodyguard. So when the Metropolitan Police came into our area, you used to have your local protection group and we escorted them while they were in our area.

Did you imagine then that you would end up working here?

I’ve worked at a lot of colleges in Oxford as a protection officer, and as a police officer, and it was always my ambition when I left the police to become a head porter of an Oxford college. I’m a great believer in fate. I brought Margaret Thatcher here six weeks before I retired, and there was a job going, I applied for it, never thought for a minute I’d get it – but I did.

What’s it like when the Old Members come back?

We love the Old Members. They love to talk about their time here. I’m lucky enough that I’ve got most of the matriculation photographs which I keep hidden away, and I love to show them when they tell me what year they matriculated in – they really appreciate it. I love to show them the pictures of all the head porters up here. It’s mainly Douglas Milen they remember. They always tell me stories about Douglas. He was here from about 1954 – for about 20 years. He was a real no nonsense head porter, but they loved him for it. 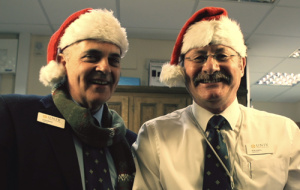 What do you think makes a good porter?

A good porter is somebody who listens, and is kind to our students, and there to think – when they ask something – how can I say yes to this person? Mrs Crawford, the former Domestic Bursar, said that to me many years ago.

We have students who come here who have never been away from home before, and we are the people that they turn to, because we’re here 24/7, and we take a great pride in helping them. It’s very rare that we ever say no.

In the Lodge we are problem-solvers. I’m proud of the fact that if anybody comes to this Lodge and asks me for something I can generally produce it. The only thing that someone’s ever asked me for and I didn’t have was a magnifying glass, but I have one now. I’ve had an Old Member phone up, he said he was coming to a dinner, black tie, and he said he didn’t have certain bits. He said, “what can I do?” and I said “what size are you?” – when he arrived here two hours later, I had a shirt, black tie, and even a pair of shoes ready for him. On graduation day it’s “can I borrow a mortar?”, “can I borrow a gown”, “I haven’t got a white tie”. I even buy ladies’ tights because they have to go in in sub fusc. I have sewing kits in here, shoe polishing kits – you ask me I’ve got it.

You served in the British Army…

Yes, for 14 years. I joined as a boy soldier in 1971. I was in Germany for twelve years. I did four tours of Northern Ireland in the army bomb squad.

I left the army in 1985 mainly because I was away from my family for eight to nine months of the year, and my wife was out in Germany alone with two young children. I left in 1985 and I joined Thames Valley Police. I did two years as a probationer, and then I used to patrol Chequers as an armed guard. I became a bodyguard for another five years, and then I had to go off close protection because I had to go off on a thing called tenure, which meant that all police officers when they specialise for so long had to go back into uniform so they didn’t lose their core skills.

So I had to go back on the beat. I studied for my sergeant’s examination, which I passed first go, and became a bodyguard – then I went back into uniform, on tenure, then to Wantage as a patrol sergeant for three years. I’d only been there six weeks before my first commendation. Pulled somebody out of a fire. I spent my last five years as a close protection sergeant jointly in charge of 14 police officers. 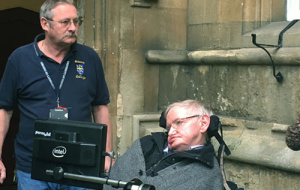 You’ve met a lot of famous people at Univ over the years. Who has surprised you the most?

I once saw [Univ Old Member] Warren Mitchell, very briefly. I was a great fan of Til Death Us Do Part – and to me he looked exactly the same as he did then! Stephen Hawking – that was quite recently. I met him and got to talk to him. President Clinton has visited the College since I left the police, but I helped with security. I knew the police officers because they were my PCs – now sergeants. It’s a small world. I try to go to all the Old Members golf outings. That’s good fun and I hosted one myself last year – and that was a huge success.

What’s your favourite part of the College?

I don’t know why but I’ve got this thing about Logic Lane. I asked one of our students, Diana Avadanii – who’s a budding artist – to paint a picture of it for me.

Looking down Logic Lane, seeing Queen’s College on the other side, and a bit of the High Street. The bridge going over it – there’s just something about it. The bikes that are there. I love it – but I love all parts of the College. I love both of the quads, especially in May when the wisteria’s out – there’s nothing nicer.

Is Porterhouse Blue a realistic depiction of life in an Oxbridge college?

It’s really funny you should say that, because I’ve just lent Porterhouse Blue out. No – because they are completely different times. It’s a great way of learning about a college, and the staff, and the relationship between the Head Porter and the Master. It’s a great programme. I never got to see it when it was originally on because I was over in Germany. When I applied for this job one of my colleagues said, “you’ve obviously seen Porterhouse Blue?” because I looked a bit like him as well, David Jason, with the moustache. 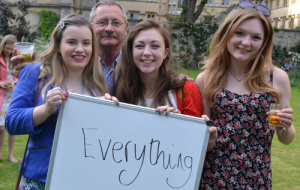 What advice do you have for students arriving and departing?

Advice for students arriving? We are here for you. Sometimes just talking can release a lot of pressure. We see it every year, particularly at exam times. The students come to the lodge, we sit them down, give them a glass of water and we listen to them. It’s part of the pastoral care of the College. Our porters are very sympathetic. I have been to lots of colleges and I can honestly say this is probably the friendliest and nicest college.

Tell us something about yourself that not many people know.

I was a child actor. I was in boarding school and did a lot of acting as a child. As a youngster I did a lot of acting in the theatre. I acted in the North Oxford Dramatic Society when I first came here, just before I joined the army. I was Huckleberry Finn one year, Peter Pan and Crispian in Where the Rainbow Ends another.

On my 60th birthday I bought a motorbike and I now ride around on a 900cc Kawasaki Cruiser. At the end of September I’m going to Holland with a group of six. I’ve never been on a motorbike trip before. I’m really looking forward to it. 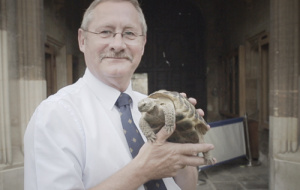 A trick of the trade? I “bull” my shoes – using spit and polish, rubbing in circles – that’s how you get the deep shine. It initially takes an hour or two to get the shine up. That’s from the military. I think you can tell a person’s character by looking at their shoes or their boots.

This interview took place in the Porters’ Lodge in July 2018, ahead of Bob’s retirement in September.

The latest issue of The Martlet is now online…

Building on the success of last year’s…