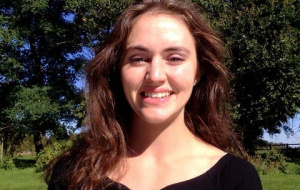 Univ clinical medical student Holly Digne-Malcolm has worked with her Univ tutor Keith Dorrington (and another doctor in the John Radcliffe Hospital, Matthew Frise) to extend her work on a finals essay to bring it to a substantial publication in the leading online physiology journal Frontiers in Physiology.

The authors had been struck by the extent to which there has been widespread disagreement amongst scientists, doctors, and students about how antihypertensive drugs act to lower the blood pressure in the many patients who now have to take them. Indeed, the disputes in the literature have resembled a state of warfare, with textbooks tending to divide into distinct battle-groups. The authors decided to take an evidence-based approach to the published literature extending back to the 1950s to try to evaluate what the experiments done on humans have shown us about how the many families of blood pressure drugs might act.

On reviewing about 150 publications, they concluded that the drugs display one of two main actions on the kidney: they either dilate the blood vessels taking blood into the kidney or inhibit the movement of salt within the kidney (or, in some cases do a bit of both).

You can read the full article in Frontiers in Physiology here.