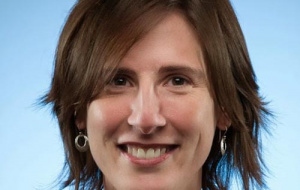 Alexandra Zavis (1989, History) is joining Reuters as their new Bureau Chief in Africa. She previously worked at the Los Angeles Times, where she has reported from five continents since 2006.

Ms Zavis’ career began at a newspaper in South Africa in 1994, the year the country held its first all-race election. She then spent a decade at the Associated Press where she reported on South Africa’s Truth and Reconciliation Commission and war-torn countries in Africa, Asia and the Middle East. She was AP’s news editor in Johannesburg and covered the US invasion of Iraq.

She is a recipient of the American Academy of Diplomacy’s Arthur Ross Media Award for distinguished reporting and analysis on foreign affairs and the Society of Professional Journalists’ Sigma Delta Chi Award for foreign correspondence.

Most recently, Ms Zavis has been featured in the “200 Women” project, a book and exhibition focussing on the “women who will change the way you see the world”.

Alexandra commented on Reuters.com: “I’m absolutely thrilled to be joining Reuters in Africa. This will be a return to my journalistic roots, and I look forward to working with the talented team there to expand coverage of this complex and dynamic continent.”