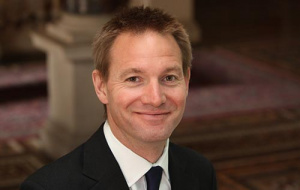 Congratulations to the following Univ Old Members who were recognised in the 2016 New Year’s Honours list (pictured top to bottom):

Professor Christopher John Kent Bulstrode (1968, Biology) has been appointed Commander of the Most Excellent Order of the British Empire (CBE) for services to Humanitarian Medicine. Emeritus Professor of Orthopaedic Surgery and Emeritus Fellow of Green Templeton College, Professor Bulstrode is honoured for his work with Doctors of the World which provides medical care to people affected by war, natural disasters, disease, hunger, poverty or exclusion around the world.

Formerly Professor of Orthopaedic Surgery at the University and a consultant orthopaedic surgeon at the John Radcliffe Hospital and the Nuffield Orthopaedic Centre from 1982 until his retirement in 2010, Professor Bulstrode has worked with Doctors of the World in a number of countries, including Nepal, Palestine, Sierra Leone and Ukraine. He has been deployed in Afghanistan as an army doctor, treated the injured in Gaza after an Israeli military operation and provided care in Haiti following the earthquake. In addition, he has been an expedition doctor for travellers to Antarctica and Everest base camp.

Professor David Kenneth Miles (1978, PPE) has been appointed Commander of the Most Excellent Order of the British Empire (CBE) for services to Monetary Policy. David Miles is Professor of Financial Economics at Imperial College Business School. Between May 2009 and September 2015 he was a member of the Monetary Policy Committee at the Bank of England. His current research focuses on the setting of monetary policy in the wake of the financial crash and explores the nature of unconventional policy and the links to financial stability.

Desmond Patrick Neil Wigan (1989, History) has been appointed to the Order of the British Empire (OBE) on the Diplomatic list for services to diplomacy, international peace, and security. Mr Wigan joined the FCO in 2000 and worked on several countries afflicted by conflict. In 2013 he was appointed Her Majesty’s non-resident Ambassador to Somalia – Britain’s first ambassador to Somalia in 21 years since the country’s central government collapsed and reopened its embassy in Mogadishu. Prior to that he was British Ambassador to the Democratic Republic of Congo (2010-2013).