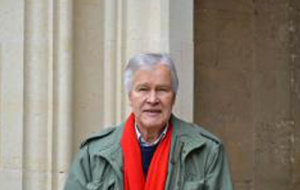 Professor Hartmut Pogge von Strandmann, Emeritus Fellow and Professor of Modern History, attended a number of international conferences on the outbreak of the First World War in Germany, Britain and Belgrade recently.

In the wake of the 100th anniversary the topic has not lost any of its attraction to authors who want to publish new accounts. New sources have been discovered and the emphasis of interpretation seems to have shifted due to the “Europeanization” of the international situation in 1914. Professor Pogge von Strandman has also contributed to ongoing research as editor of an upcoming work on the pre-war period.