In celebration of World Book Day our extended Univ family have put forward their suggestions for best travel books to help transport us to warmer, colder, or just more distant lands. 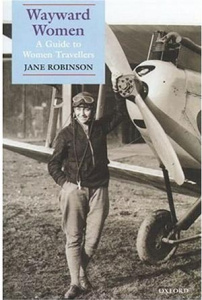 “Wayward Women: A Guide to Women Travellers, by Jane Robinson, describes an array of brilliant women who decided not to be hemmed in by their petticoats. There’s Mena Hubbard whose husband had starved to death attempting to cross an unexplored peninsula in Canada in 1903. After one of her husband’s companions claimed to be the expedition’s sole hero and declared that he would lead a second expedition, she was so annoyed that she led her own expedition there. She carried a revolver and hunting knife slung round her waist, and she completed the 576-mile journey in under two months (her husband’s companion took almost four). There’s the elegant Lady Craven who, in 1783, could not possibly stay home a moment longer: her husband was too boring, and Beth Ellis who disgraced herself by joining a shoot in Burma in 1899 and spending most of it up a tree, wielding her brolly uneasily and feeling sorry for the tiger. It’s great for dipping into and I always find someone to cheer me up in its pages.” 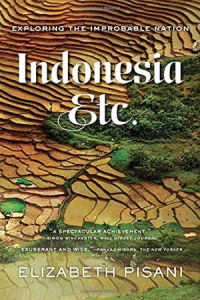 “Indonesia etc.: Exploring the Improbable Nation by Eizabeth Pisani – How do you make 260 million people on 6,000 islands feel like they are all the same country in much less than a century? Indonesia etc. gives a flavour for all the people Elizabeth Pisani meets along her travels through this diverse country, but also puts her experiences in the context of the history of the nation. Having spent some of the best days of my DPhil in Indonesia on Krakatau Volcano collaborating with in-country scientists, I would recommend this book for the long flight over.” 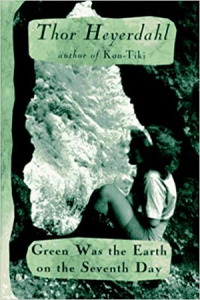 “Thor Heyerdahl’s Green Was The Earth on The Seventh Day is arguably less well known than The Ra Expeditions or The Kon-Tiki Expedition, but as an “origin story” to his later quests this beautifully evocative memoir of a year spent on Fatu-Hiva in the South Pacific should be your starting point. Like all great travel writers, it is Heyerdahl’s constant wonder at the natural world and at all points “beyond the horizon” that drive him as author and us as reader.”

“Swing Time is a novel by the Willesden born Zadie Smith. This story takes place in London, New York and West Africa and follows the life of two childhood friends following divergent paths throughout life. It is a classic story of bettering oneself, family dynamics and the clash between the “new” you and being true to your roots. Through insightful narration, Smith takes the reader from arduous estates to the garish world-stage, always making the reader question: is this life better?” 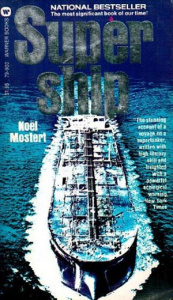 “My recommendation is Supership, by Noël Mostert… In 1971 Noël Mostert took a journey on board an oil tanker from Rotterdam to the Middle East via the Cape of Good Hope. This book is the result of that experience. It is a beautifully written travelogue and full of rich detail providing insights into life on board these extraordinary ships. He also reflects on the environmental impact of oil tankers as they sail over the oceans to bring oil to us. Although written nearly 50 years ago Mostert’s insights into global economics and the impact of transporting commodities to consumers across the world are still relevant today.”

“High, Wide, and Handsome – An American Journey by Julian Bishop, which was released on February 5th is an entertaining and memorable tale of a coast to coast US road trip!” 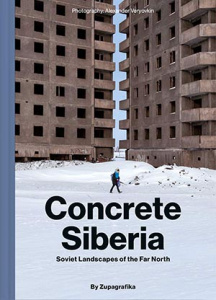 “Concrete Siberia: Soviet Landscapes of the Far North by Zupagrafika – This is definitely one for all those who have found it increasingly hard to focus on reading more than a dozen words at a time during lockdown. Concrete Siberia is perhaps not your typical travel book, but the photographs of Siberian cities are beautiful and make for a very simple shot of escapism, that you can flick through at lunchtime or of an evening. Particularly thrilling for anyone who has a nostalgia for Russia or certain yen for brutalism. If you like this, you might also enjoy Brutal North: Post-War Modernist Architecture in the North of England by Simon Phipps”

“I want to recommend Bruce Chatwin’s In Patagonia as a travel book. It manages to convey the wonderful mix of the landscape, mysticism and wonder of one of the most remote regions of South America. The writing is vivid, making you feel the howling of the wind in the barren landscapes that Chatwin crosses, whilst giving a sense of the fascinating range of characters and histories that one comes across when exploring Patagonia.”