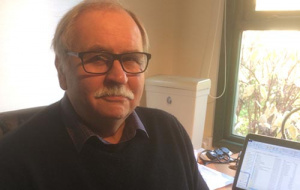 Professor Philip Prewett, CPhys, FInstP, FIoN, FRSA (1970, Engineering Science) was elected a Fellow of the Learned Society of Wales in May 2019.

As CEO of Oxford MicroMedical Ltd, he is working on the “NanoBreath” mass discriminator for disease detection, which analyses breath gases to diagnose various conditions.

The Learned Society of Wales is a society and charity that exists to “celebrate, recognise, preserve, protect and encourage excellence in all of the scholarly disciplines”, and to serve the Welsh nation. It is Wales’s first and only all-embracing national scholarly academy.

Professor Prewett is Emeritus Professor of Nanotechnology at Birmingham University and CEO of Oxford Scientific Consultants Ltd. He formed the MicroEngineering and Nanotechnology Group in Birmingham University’s Mechanical Engineering School in 1998 and led the group until 2011. He was a recipient of the 1986 Finniston Award for new scientific product development and has also worked for AEA Technology, Wilkinson Sword and 3M Company.