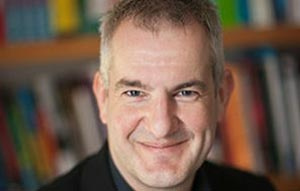 Google’s Daydream Labs has been exploring ways to discourage players in virtual reality (VR) games from making others feel harassed or unsafe.

Writing in a blogpost for Google Developers the company notes: “As developers and designers, we are excited to build social experiences that are fun and easy to use – but it’s just as important to make it safe and comfortable for all involved…”

In one experiment, based on virtual poker, the developers de-saturated a virtual player’s view to black and white if they left their place at the table and also made their avatar invisible to others. This, they found, was “…enough to prevent a player from approaching their opponents to steal chips or invade personal space.”

The technology, reports the BBC News website, has also been used to help treat people with severe paranoia, with patients shown computer-generated social situations to help reduce their paranoid delusions. Commenting on the story for the BBC Professor Daniel Freeman, a Univ Special Supernumerary and clinical psychologist at Oxford’s Department of Psychiatry, said: “With virtual reality, we can help the person to relearn that they are safe, and when they do that, the paranoia melts away.”

Univ in the Arts inaugural Salon

The event took place in the stylish…