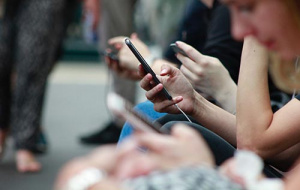 Professor Trish Greenhalgh, OBE (1980, Medicine), Professor of Primary Care Health Sciences at the Nuffield, has co-written an article looking at whether video doctor appointments will become the norm.

Professor Greenhalgh and Shanti Vijayaraghavan, honorary senior lecturer at Queen Mary University of London, discuss the long-term plan for the NHS that was released this January, which aims to have up to a third of appointments via video link. They conclude that, despite the many benefits of video appointments, this vision is unlikely to be realised by 2024.

Dr Vijayaraghavan introduced video appointments for diabetes patients in 2010 and has been extending the service ever since. However, the article discusses the obstacles to implementing the initiative within the NHS as a whole, such as the logistical challenges and set-up costs. You can read the article in full on The Independent’s website.

In her role of co-Director of the Interdisciplinary Research In Health Sciences (IRIHS) unit, Trish is also currently working on other ways to digitise NHS care, including digital histopathology, digital multidisciplinary team meetings, and digital blood ordering.

In 2017, Professor Greenhalgh was selected as one of 24 sitters for the Oxford University’s Diversifying Portraiture initiative.