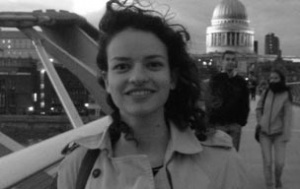 The article, “Michael Young, the Institute of Community Studies, and the Politics of Kinship” examines the East London-based Institute of Community Studies, and its founder, Michael Young, to show that sociology and social research offered avenues for left-wing political expression in the 1950s. Young, who had previously been Head of the Labour Party Research Department during the Attlee government, drew upon existing currents of psychological and sociological research to emphasize the continuing relevance of the extended family in industrial society and to offer a model of socialist citizenship, solidarity and mutual support not tied to productive work. Young and his colleagues at the Institute of Community Studies promoted the supportive kinship networks of the urban working class, and an idealized conception of the relationships between women, to suggest that family had been overlooked by the left and should be reclaimed as a progressive force. The article shows that the Institute’s sociological work was informed by a pre-existing concern with family as a model for cooperative socialism, and suggests that sociology and social research should be seen as important sources of political commentary for scholars of post-war politics.

Lise’s area of expertise is nineteenth and twentieth-century British political and intellectual history, and she is currently completing a doctorate on the impact of Psychology on the British Labour Party. Before coming to Oxford she completed a Masters degree at Queen’s University and a BA (Honours with Distinction) at the University of Victoria. She has also studied at the University of Copenhagen and Trinity Hall Cambridge.