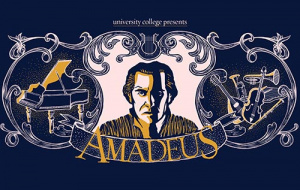 This year’s Garden Play from the Univ Players will be Peter Shaffer’s Amadeus.

Join University College’s cast to immerse yourselves in 1823 and hear the tale of fame and disappointment, mediocracy and betrayal that plagued the lives of the musical Viennese at the time of Salieri and Mozart.

Come and witness the dark path that turned the pious Salieri into a spiteful man. Savour the tune that drove him mad with envy. And, above all, be prepared to learn of the “giggling dirty-minded creature” that would be immortalised as one of the greatest composers in the history of Western music.

Performances will take place during 5th Week of Trinity, Wednesday 29 May – Saturday 1 June, with nightly performances at 7.30pm and an additional Saturday matinee at 2pm.

Tickets are available at ticketsource.co.uk

More than 50 people turned out to watch…

Since 2011, University College has held an…