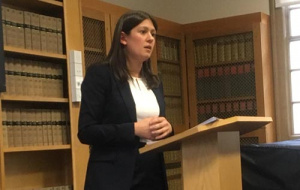 Since 2011, University College has held an annual lecture in honour of Clement Attlee, former Prime Minister and leader of the Labour Party, who studied Modern History at Univ from 1901-1904. The lectures offer leading public figures the opportunity to reflect on Attlee’s legacy for contemporary politics and to make a longer, more reflective intervention in public debate than is usually possible in an era of soundbites and short media interviews. Always well-attended by student and academics from the College and around the university, previous lectures were given by Jon Cruddas MP, Frances O’Grady, Rachel Reeves MP, Arnie Graf, Marc Stears and Paul Mason.

The 2019 Clement Attlee Memorial Lecture took place on 3 May with Lisa Nandy, MP for Wigan speaking on “Populism and the death of liberal democracy”.

Lisa graduated from Newcastle University in 2001 and went on to work for the Labour MP Neil Gerrard MP, specialising in housing and homelessness. From 2003-2005 she worked for the youth homelessness charity Centrepoint, and later spent five years at The Children’s Society, working with some of the most disadvantaged children in the country. 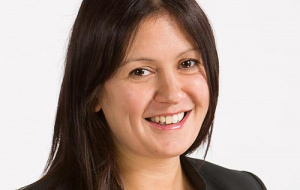 Lisa was born and brought up in the North West of England and has a masters degree from Birkbeck College, University of London, where she studied as a mature student.

In 2010 Lisa was elected by her Parliamentary colleagues to serve on the Education Select Committee and in 2012 was appointed shadow Children’s Minister by Ed Miliband, before becoming the Shadow Minister for Civil Society in 2013. Between September 2015 and June 2016, Lisa served as Shadow Secretary of State for Energy and Climate Change. Since being elected Lisa has campaigned in Parliament to tackle child abuse, to save the Education Maintenance Allowance and against human rights abuses in Palestine. She has fought against low pay and zero hours contracts and campaigned against growing poverty in Wigan and across the country.

A transcript of the lecture is available in full on the Huffington Post and the podcast can be heard at podcasts.apple.com.