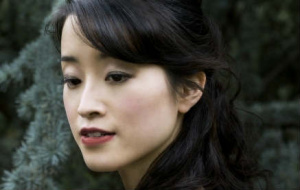 Univ Old Member Chisato Kusunoki (1998, Music) is to be the first classical performer at the new St James Theatre in London, which opened in September 2012.

For her St James Theatre Debut on Wednesday 5th December 2012, Chisato Kusunoki’s performance will include works by Bach, Schumann, Chopin and Rachmaninoff, displaying the varied styles of piano repertoire from the Baroque to the early 20th century.

Chisato has emerged as one of the inspirational piano soloists of the East and West. She was born in Germany and her early years were spent in Japan. She came to England and went to school in London, and on to University College, Oxford to read music (graduating with first class honours in performance, and winning the Gibbs Prize), followed by two years at the Royal Academy of Music, studying under Hamish Milne.