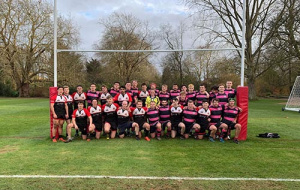 Anna studied at St Anne’s College before coming to Univ, where she is now in the final year of her DPhil examining metamorphic petrology in the Indian Himalaya. She currently plays hooker for the Blues team and played at Twickenham last December. She also plays for Banbury Belles and has done some coaching with the U18s county girls.

Anne commented on refereeing her second-ever, and first men’s, match:

“When I signed up to referee the match, I didn’t realise what an historic occasion it was. This made me both nervous and excited. I put a message out on the OURFC women WhatsApp group and the support and enthusiasm that they offered really helped to increase my confidence. I arrived really early and ended up standing around for a while, counting down the seconds until I did the team chat which added to the anticipation.” 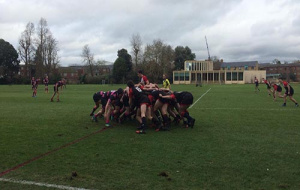 “I was buzzing when I finished the game! My adrenaline levels were high but I was also aware of pretty much every mistake I’d made during the game. A group of friends had come to show their support and this made me feel so proud! Within 24 hours of the game, my tweet (which can be found below) had been retweeted by Nigel Owens with over 5000 likes and I was determined to take on the challenge again. I am currently the only female referee actively refereeing at Oxford University. I feel like I can be a role model and support for other women who want to give it a go.”

“The support and encouragement I received from my own team, my mentors and the teams I was refereeing show a bright future for women referees. The more women who take up the whistle, the brighter the future will be.”

Anna will be on the Andrew Self show on BBC Radio Oxford between 8-9pm on 5 February talking about refereeing.

You can read more about Anna’s experience on Oxford Bluebird, a student website dedicated to the University’s sports news.

Dr Liz Tunbridge has collaborated with…

Due to the large number of unused bikes …