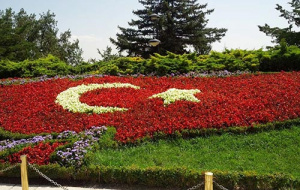 I spent two weeks in Turkey on the Roger Short travel scholarship in September 2015. I need to begin by expressing my thanks to the Short scholarship fund and Univ for this scholarship, as I wouldn’t have been able to make this trip without this support. 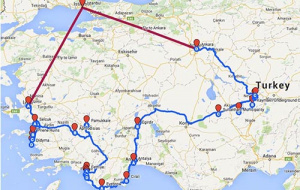 I planned my trip to take in as much of the country as I could within the time I had available as a DPhil student, particularly focussing on understanding the history and experiencing the natural environment. Growing up in New Zealand, my only prior understanding of Turkey as a country and culture was from learning about New Zealand’s involvement in the Gallipoli campaign against the Ottoman Empire in the First World War. Needless to say, these significant events in New Zealand’s short history form only a very, very small part of Turkey’s – after all, the first humans arrived in New Zealand around the same time Univ was founded.

As I was time constrained, I hired a rental car for a one-way trip as this was much more time efficient and meant being able to go to places which are otherwise difficult to access – particularly areas where I wanted to go hiking. I was joined on my trip by Claire.

This route went down the Aegean coast, visiting Greek and Roman ruins; then across the southern coast up to Cappadocia, ending in Ankara. All up this was a 2200km journey over nine days, followed by a final five days based in Istanbul. This was an amazing trip which gave me the opportunity to comprehensively experience Turkey’s history, culture, food, and natural beauty. I thoroughly enjoyed travelling there and I can’t wait to return at some point.

We arrived at Istanbul’s second airport at around 17:00 in the evening. This airport, Sabiha Gokcen, is on the eastern side of Istanbul. We spent the evening in Pendik on the Asian side of Istanbul. Pendik is a busy, vibrant area on the coast near the airport. As we had luggage we decided to catch a taxi to Pendik – the public bus looked quite packed.

We hopped in the first taxi on the cab rank, showed the driver the address and set off. The taxi driver then called a number on his phone and spoke with someone. He then told us – via a combination of mutually bad German and Google-translate – that the place we were staying was closed for renovations. We were initially quite sceptical and had an inkling that he might be trying to scam us, but he was very insistent. He even went as far as calling a number on his phone (apparently the hotel) and said that we could stay at another place which had the same owners. Despite our protests he proceeded to drive right past the hotel we were booked in and drove south down the coast for 15 minutes and parked outside a hotel. In addition to being more expensive than what we had pre-booked, the area looked a bit sketchy.

After threatening to get a different taxi and ignoring the English speaking passer-by he roped in to translate, he finally caved in and turned the cab around. Following a very quiet 20 minute crawl back through Istanbul traffic we arrived near the hotel. Our taxi driver then continued this farce, demanding an exorbitant fare.

Luckily we had watched the meter when we passed our hotel the first time, and knew that we shouldn’t pay more than 40 lira. He wasn’t particularly happy about this as we had now been in the cab for about an hour (instead of 15 minutes). He eventually disappeared after a very direct refusal to hand over any more cash and we walked the block to the hotel. 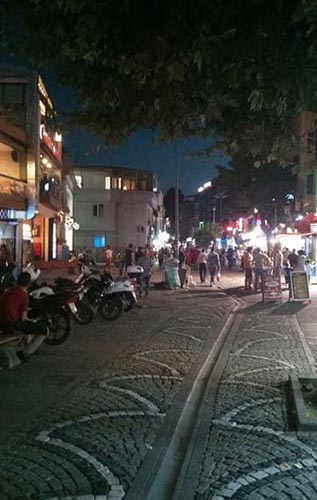 Somewhat unsurprisingly by this point, the place we had booked was both open and not under renovation. The taxi saga wasn’t over yet though.

The taxi driver went to the front desk of the hotel while we dropped our bags in the room and told the owner that we owned him 50TL. When the owner mentioned this to us we laughed at his nerve and persistence. The owner agreed that the expected fare was correct and told us not to pay the taxi any more, particularly when we mentioned that the taxi tried to make us to go another hotel.

In hindsight we should have caught the bus.

Pendik was otherwise a very nice place to stop for a night before beginning our road trip. The frustration of the previous hour was quickly solved by a large döner kebap and an evening walk around the marina.

To kick off the road trip we flew to Izmir at 08:00 and collected our rental car: a sturdy Renault diesel. I was particularly interested in exploring some of the quieter Greco-Roman ruins along the Aegean coast, so we set off south, heading towards Prienne, Miletus and Didyma. Originally a collection of busy ports along a large inlet, Prienne and Miletus are now abandoned ruins. Walking through the ruins quite clearly highlighted the extent of these ancient towns in a way that reading a book can’t convey.

What particularly struck me while exploring Prienne and Miletus is how environmental change can drastically affect people’s livelihoods and society more broadly. Both these towns waned and became abandoned after sea level change meant that they lost their harbours, becoming stranded as the sea level dropped and the Büyük Menderes (Meander) River silted up the valley. I found this particularly interesting as these are good historical examples of the very types of problems that climate change presents us today. 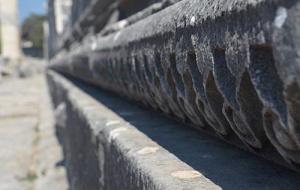 We used our second day to see the area around Selcuk, primarily the Ephesus ruins and St John’s Basilica, a Byzantine church from the 6th Century CE. Both were absolutely fascinating, though overrun with tour buses compared to what we saw yesterday. The highlight was seeing the recently excavated terraced houses in Ephesus, featuring stunning frescos including 1st century graffiti of gladiators!

We left Selcuk heading towards Pamukkale via Aphrodias, another ruined town from classical antiquity, but one that isn’t frequented by tour buses. Aphrodisias is best known for its temple to Aphrodite and its tetrapylon. However it also has a largely complete 30 000 person stadium. This stadium is the size of many modern equivalents today. It’s difficult to appreciate the scale of towns and cities in the ancient world without seeing them in the flesh.

You can read the whole of Jeffrey’s Travel Report on PDF here.