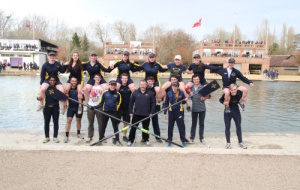 M3 unfortunately did not make it through rowing on but W2 and W3 were amongst the fastest qualifiers. This meant that both W2 and W3 were going to be in a great position in the starting order.

M1 had a positive Torpids, after being bumped by a blade winning Keble crew on the Wednesday they went on to bump New College and Pembroke to finish up one, third in division two.  M2 had a turbulent Torpids, starting at the top of Division 5 and, after four days of tough racing bumping and being bumped, finishing in exactly the same position. 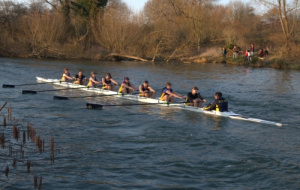 Despite W1 bumping St Johns on the first day, they were bumped by GTC and Balliol to leave them down one and twelfth in Division 1.  After qualifying fastest at rowing on  W2 started sixth in division five. By the end of racing on the Saturday they were seven places higher, in Division 4 and blade winners.  However, they were not the only Univ boat to win blades, as W3 moved up five places to also win blades.

After much success, the crews had a lot to celebrate at the Torpids dinner. However, with W1 entering Women’s Head of the River and the spring training camp not far away the crews don’t have much of a break before the work begins again.

An appeal from the College Archivist, Robin Darwall-Smith…

Challenge yourself for Aspire

Aspire are looking for amazing people…