The Memory of Stalin 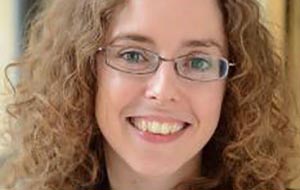 Dr Polly Jones contributed to BBC Radio 3’s programme discussing the memory of Stalin in literature and music and his place in the minds of contemporary Russians.

Entitled “Stalin’s Ghost”, the programme was presented by Martin Sixsmith, and was held during the interval of the Proms.

Dr Jones’ research interests include: Soviet literature (1917-91); the Gulag and terror in literature; memory and trauma theory; Soviet and socialist bloc propaganda and censorship; samizdat and dissidence; biography in Russian culture; Russian and Soviet historical fiction. Her new project examines the writing and reading of biography in late socialism, drawing on a wide range of Soviet archives as well as oral history.

She has published widely on Soviet culture and politics, including Myth, Memory, Trauma. Rethinking the Stalinist Past in the Soviet Union, 1953-70 (Yale University Press, 2013) and The Dilemmas of De-Stalinization. Negotiating Cultural and Social Change in the Khrushchev Era (Routledge, 2006).