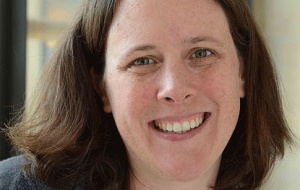 Univ Fellow Professor Tamsin Mather, Supernumerary Fellow in Earth Sciences and Professor of Earth Sciences. was interviewed on BBC Radio 4’s “Costing the Earth” in a programme on volcanic risk on 18th March, in the same week that the United Nations published a report highlighting for the first time the international impacts of volcanoes.

Broadcaster and journalist Tom Heap interviewed scientists on the frontline, men and women enchanted by the stunning beauty of volcanoes but well aware of their potential to destroy communities and change our climate.

Professor Mather is broadly interested in the role of volcanism in planetary scale processes throughout geological time and using geophysical data streams such as volcanic gas chemistry and deformation patterns at volcanoes to understand the processes occurring within them that drive the way that they behave.