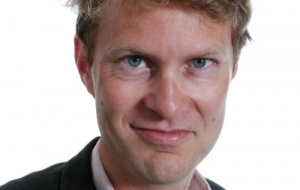 Luke Harding (1987, English) has written a new book about Russia’s influence on the West. Shadow State: Murder, Mayhem, and Russia’s Remaking of the West, will be out on 12 May.

Luke was based in Russia, reporting for The Guardian, from 2007 until, returning from a trip to the UK in 2011, he was refused reentry into the country and deported. He wrote Mafia State about his experiences as a reporter in Russia and the harassment and surveillance he was subjected to. His most recent book, Collusion, argues, based on the Steele dossier, that Russia helped Donald Trump win the US Presidential election in 2016.

While at Univ, Luke edited the student newspaper, Cherwell. He subsequently worked for The Sunday Correspondent, the Evening Argus, and the Daily Mail before joining The Guardian in 1996.

You can pre-order Shadow State on Amazon. A copy will also be available in the College Library.