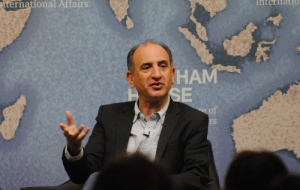 The Personal History of David Copperfield is a comedy-drama film loosely based on Charles Dickens’s David Copperfield. It stars Dev Patel, Hugh Laurie, Tilda Swinton and Peter Capaldi. It is out now in cinemas.

Avenue 5 is a science fiction comedy TV series, starring Hugh Laurie, exploring what happens when a commercial spaceship malfunctions. It is available to watch on Sky One in the UK and HBO in America.

Armando previously created The Thick of It and Veep. He won two Emmys for Veep for “Outstanding Comedy Series” and “Writing – Comedy Series”. His first feature film was The Death of Stalin, which came out in 2007, and received glowing reviews. Polly Jones, Schrecker-Barbour Fellow and Associate Professor in Russian, was a historical consultant on the film.

Many People think that…

Applications are now open for…