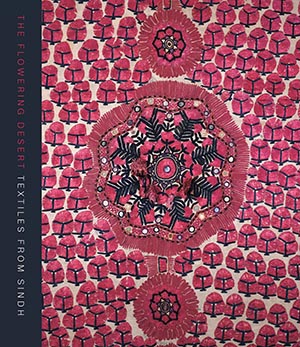 Univ is proud to present a look at the remarkable range of recent Alumni publications.

Hasan Askari (1972, PPE) has published his first book, The Flowering Desert: Textiles from Sindh (Paul Holberton Publishing, London, 2019), a lavishly illustrated volume of Pakistani textiles of extraordinary colour and vibrancy from one of the most arid areas on Earth. 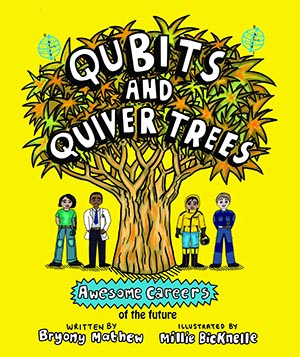 Dr Bryony Mathew (1996, Psychology) has published Qubits and Quiver Trees: Awesome Careers of the Future (Awesome Careers Books, 2019). The book introduces children to what will be some of the most interesting and important careers over the next 20 years.

In Eighties New York: A Portrait in Black and White, photographer and author Michael George (1962, English) provides a composite portrayal of New Yorkers, the embodiment of the true spirit of New York, seen against a backdrop of the built environment. The collection includes striking studies of the city’s public sculpture and soaring skyscrapers, such as the iconic Art Deco spires of the Chrysler and Empire State landmark buildings. The future President of the United States, Donald J Trump, is among the A-listers portrayed in Eighties New York. Each of the images selected for this book may be found in the Univ Archives, under the heading Photographs and Papers of Michael George (b. 1943). 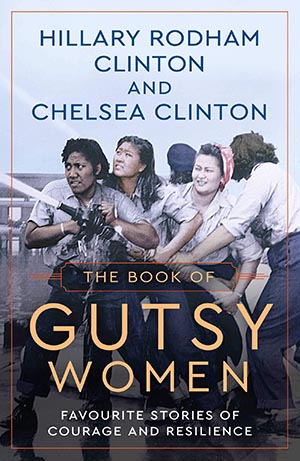 Dr Chelsea Mezvinsky (née Clinton, 2001, International Relations) is co-author of The Book of Gutsy Women: Favourite Stories of Courage and Resilience (Simon & Schuster, 2019) with Hillary Rodham Clinton, the former US first lady, senator, and secretary of state. The Book of Gutsy Women covers portraits of more than 100 women marking histories that have been overlooked or left unwritten.

His Secret Family (Bookouture, 2019) is the latest novel by Ali Mercer (1991, English), the follow-up to Lost Daughter. An emotional family drama with a secret at its heart, it opens with a wedding that takes an unexpected turn when interrupted by two uninvited guests. 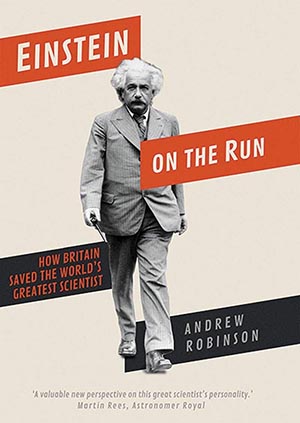 Einstein on the Run: How Britain Saved the World’s Greatest Scientist (Yale University Press, 2019) by Andrew Robinson (1975, Chemistry) is the first account of the role Britain played in Einstein’s life – first by inspiring his teenage passion for physics, then by providing refuge from the Nazis.

In A State of Freedom (W. W. Norton & Company, 2019), Neel Mukherjee (1992, English) wrests open the central, defining events of our century: displacement and migration. Five characters, in very different circumstances-from a domestic cook in Mumbai, to a vagrant and his dancing bear, to a girl who escapes terror in her home village for a new life in the city-find out the meanings of dislocation and the desire for more. A State of Freedom was a New York Times Editors’ Choice. His previous novel, The Lives of Others, was shortlisted for the Man Booker Prize. 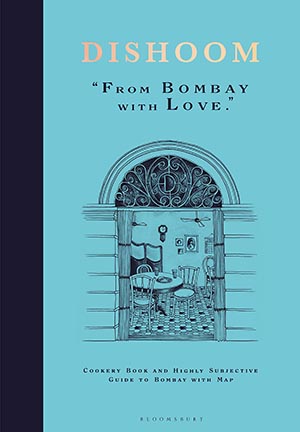 Dishoom: From Bombay with Love (Bloomsbury, 2019) is the first cookbook from the much-loved Indian restaurant Dishoom, of which Shamil Thakrar (1990, PPE) is co-founder. Dishoom share the secrets to their much sought-after Bombay comfort food: the Bacon Naan Roll, Black Daal, Okra Fries, Jackfruit Biryani, Chicken Ruby and Lamb Raan, along with Masala Chai, coolers and cocktails.

Sometimes In Bath is the latest book by Charles Nevin (1970, Law), the award-winning journalist, national newspaper columnist, author and humorist (Book Guild Publishing Ltd, 2019). The book is a captivating story-tour through the city’s history.

John Sills (1977, PPE) has published The Decision, a novel about the environment, relationships and the conflict of loyalty between family and cause. It is set in 2027, in a post-Brexit, post-UK England, in which an authoritarian government has taken power in a parliamentary coup supported by the establishment, after three chaotic years of socialist rule.

Alison Wright (1986, PPE) is the owner of Fitzbillies bakery, the beloved Cambridge institution famous for its ultra-sticky Chelsea buns, which Alison saved from closure in 2011. To celebrate the 100th birthday of the bakery in 2020, Alison has written a book (with her husband, food writer Tim Hayward), Fitzbillies: Stories and Recipes from a 100-year-old Cambridge Bakery (Quadrille, 2019).