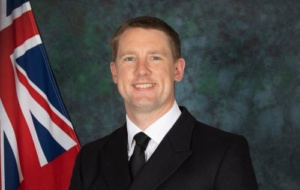 Andrew Ward (2006, PPE) is a Lieutenant Commander in the Royal Navy. He joined in 2012 and has completed seagoing tours in destroyers. He is now working at the Ministry of Defence in London. Andrew hosted a podcast as part of the MoD’s “Fancy a Brew” series, available here.

How was your interest in a career in the Royal Navy inspired?
I considered the military because my younger brother joined the army. After Univ, I worked as a management consultant in London, the result of the scramble for internships in the summer of my second year. It was a good job, but I was not convinced by the consultancy business model; I had no experience to impart to the firm’s paying clients. Without credible experience, I could not see prospects for a full career. Also, at eye level out of the office window at More London Place billowed the massive white ensign of HMS Belfast! 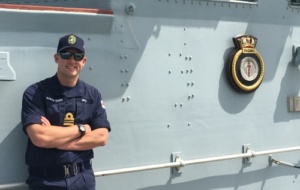 Has your role taken you to any places that you particularly enjoyed?
It is a recruiting cliché, but “join the Navy, see the world” holds true. I have spent lots of time in the Middle East, with Muscat, Oman and Wadi Rum, Jordan standing out and there are lots of opportunities to work with NATO allies, especially the United States Navy. Just being at sea is special – the sunsets are unforgettable. The best one is still probably mid-summer in Scapa Flow, Orkney.

Can you tell us about a particular moment or operation that you enjoyed or were proud of?
After a gruelling nine-month Gulf deployment, HMS Duncan was given the honour of commemorating the centenary of the Battle of Jutland in 2016. Holding the remembrance service on our flight deck over the wreck sites of British battlecruisers in the North Sea was very moving. 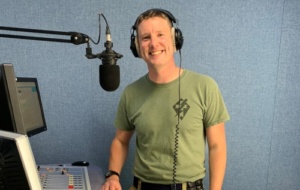 How did your involvement in the “Fancy a brew?” podcast come about, and what are you hoping it will achieve/communicate?
As preparation for that Jutland voyage, I completed media officer training. It has come in handy over my career, including during my most recent deployment to Bahrain. As with the other episodes in the “Fancy a brew?” series, I hope we communicated something of what being in the Forces is like day-to-day. Like most career fields, we operate in our own information bubble a lot of the time. 2021’s maiden deployment of the HMS Queen Elizabeth group has been a great way to show the world what the Royal Navy can do. My only complaint with the podcast series is its title: in naval slang, a cup of tea is not a “brew” but a “hot wet”!

What advice would you give to a current Univ student considering a career in the armed forces?
I get a kick out of a sense of service. For me, this is a fulfilling and worthwhile career. You may be able to earn more elsewhere, but the job variety and travel opportunities are outstanding – no one can beat a sailor at “how many countries have you been to?” The quantity and quality of training is outstanding compared with “civvy street”. Leading people is the essence of the day-to-day role of an officer, so leadership is a core part of the rigorous selection, initial training, and continuous professional development. There are lots of transferable skills for later in life, but there are age limits for some roles – this is something to think about sooner rather than later. Fitness also matters, especially in basic training, but there is no “type” the Services are looking for. I do not come from a military family, nor did I go to a public school. The diversity of people you work with in the Navy is one of the most attractive and enduring features of this job. 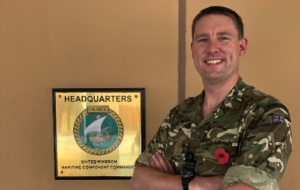 What is your fondest memory of your time at Univ?
A very specific moment in Trinity Term of my second year. I’d sorted out my summer internship; my PPE Finals were still a year away; Summer VIIIs was over. I settled into the easy chair in my rooms in Main Quad, Staircase IX reading an interesting politics book. I finally felt comfortable in my own skin at Oxford. I had never thought I would.

Was there anything you learnt or experienced at Univ that still resonates for you today?
The first time I went to the Chalet I thought I’d arrived in heaven. It combined my boy scouts’ love of organised fun, studious reading and climbing mountains. I have been back to the Chalet as “an adult” on alumni parties. It remains a very special place. Sometimes if the sea is very rough or I’m in some particularly stressful training scenario, I think of my happy place – a wicker armchair on the lawn with the Alpine sun warming my back. 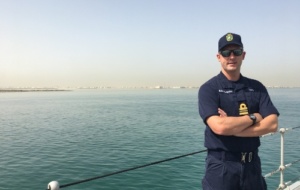 Why do you give to Univ, and why would you encourage others to do so?
I participated in the Univ telethon in my second and third years. Giving back is a way of staying connected with the current generation of students, like the annual Old Boys’ rugby match or attending one of the excellent online Book Clubs. Univ gave me a first-class education, my best friends, the Chalet and my wife! I also had a year on exchange in Virginia, where alumni giving is part of the culture. Regular donations are a way to say thank you for everything, to ensure the next generation are afforded the opportunities we had.