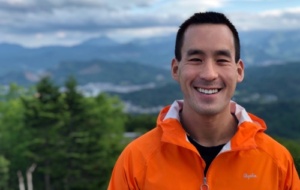 Patrick S Chung is Managing General Partner of Xfund, the early-stage venture capital firm dedicated to finding and supporting technically-gifted entrepreneurs with a liberal arts mindset. Since 2012, the firm has raised more than $225 million, including a third, oversubscribed $120-million fund in 2020. It has invested in numerous start-ups, including the artificial-intelligence-driven search and data-analysis firm Kensho; the world’s largest online residential real-estate rental platform, Zumper (founded by Oxford classicist Anthemos Georgiades); America’s fastest-growing provider of pension plans Guideline; the genomics-based personal-health company 23andMe; and Vaccitech, the company spun out of Oxford’s Jenner Institute that commercialised the Oxford AstraZeneca COVID-19 vaccine. Patrick received a joint JD-MBA degree from Harvard Law School and Harvard Business School, where he served as an Editor of the Harvard Law Review. Patrick was a Commonwealth Scholar at Univ, where he earned a Master of Science degree. He earned his AB degree at Harvard College in Environmental Science. 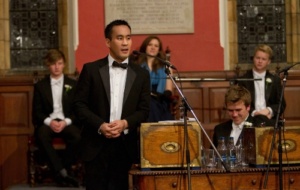 Patrick Chung speaking at a debate at the Oxford Union

What brought you to Univ?
When I graduated from Harvard College, I was fortunate enough to win a Commonwealth Scholarship which allows students from Commonwealth nations (I am a Canadian citizen) to study in the United Kingdom, similar to the way the Marshall Scholarship allows American citizens to study in the UK. I was thrilled to have been admitted to Oxford but I was clueless about choosing a college: I advised that I should choose older colleges and to choose a central college. How could anyone do better than 1249, and the High Street?

How would you describe yourself at the moment?
I would describe myself as a person named Patrick who is delighted to meet you! I don’t believe in the American obsession with defining oneself by one’s profession. Most of us are more than our jobs. As a profession, I am a venture capitalist. 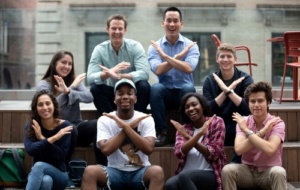 Patrick Chung with the xfund team

How did your experience at Univ influence your direction?
My time at Univ gave me so much: the opportunity to spend time with some of the cleverest, most cosmopolitan people I had met; the opportunity to live and “go native” in a foreign land that wasn’t in the American cultural vortex; and – honestly one of the things I treasure most – some first-class training in verbal sparring.

Your initial investment was in a venture started by a 19-year-old at Stanford. What did you learn from that first investment?
That was a company called Loopt, co-founded by a brilliant sophomore named Sam Altman. I learned so much for that first investment: in the early stages of a company there is nothing more important than having an incredible team; being CEO is a very lonely, and a good board member has got to be a steadfast support; it’s the relationships we form that are the most meaningful, persistent, and valuable – quite beyond any single company or experience.

Professors often refer potential student entrepreneurs to Xfund – how do you brief them on what to look for?
We don’t brief them – we trust them. One of our faculty advisors, Harvard Professor Harry Lewis, taught Bill Gates and Mark Zuckerberg. When Harry says, “You’ve got to meet this founder: she is in the top 5% of everyone I’ve ever encountered in 40 years,” it’s a signal born of vast experience that we are honoured to receive. Even if we don’t end up investing in them, it is a privilege to meet them, to help them, and to experience their brilliance first-hand.

Xfund is well-known for backing people from a more diverse range of backgrounds than other funds, which may just focus on people from a software or engineering background. What is the thinking behind this approach?
The practice stems from two beliefs: first, that the abstraction of technology has made powerful tools more accessible than ever. When those technical skills are no longer a true competitive advantage – what’s left? It’s the distilled creativity of the founder to bring something to life. And that creativity resides everywhere. Second, many venture firms are staffed with computer scientists and engineers who seem to have an aversion to backing people who have read English, or Theology, or PPE. That’s good news for us because we adore those kinds of “liberal arts founders.”

How does the Xfund support students to take the risks necessary to fulfil their dreams?
If you’re the first person in your family to attend college, especially have been admitted to a place like Oxford or Harvard, there is tremendous pressure on you to study something “useful” and to take a high-paying job. One of Xfund’s missions is to save some of these talented people from this “default” fate. Our goal is that, on the day you graduate, you have an actual choice. You can take that offer from Google or Goldman Sachs – or, you can become the venture-backed founder and CEO of a funded start-up.

Can you talk about measuring success beyond profits, and your experience of this as a venture capitalist?
Xfund is a unique venture capital firm. We were founded in collaboration with some of the world’s best centres of learning. As a result, we have a double bottom-line mission. In addition to being for-profit, we have an educative mission: to teach and support talented prospective founders.
On a broader scale, practising venture capital is a great privilege: we help to bring new things into existence, and we get to choose what to support. In the decisions we make – we have invested in the company that commercialized the Oxford COVID vaccine, a nappy company whose goal is to dramatically reduce commercial landfill volumes, and 23andMe, which is literally discovering cures to horrible diseases – we have impact well beyond any profit. 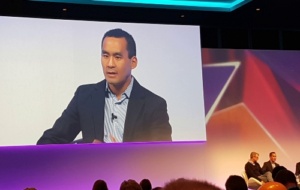 Patrick Chung speaking at the O2 stadium in London

Can you tell us about any current projects you are engaged in?
One of the most recent investments we made is in BoldVoice, which was founded by two immigrants to America, from Albania and Russia. Although they were both very well-educated (Harvard, Yale, and NYU), their accents were career-limiting. They built an AI-powered app with Hollywood accent coaches to help non-native speakers be clearly understood. It’s this “last mile” to being fully understood that is so powerful to a person’s self-esteem and potential.

What advice would you give to Univ students with entrepreneurial ambitions?
Pursue the ambition! The single greatest correlate to your success is getting started in the first place. In the end, thinking and doing are two very different things. Doing means: finding great co-founder(s); working with them to develop an idea; testing the idea; and building something that is real. You may choose in the end not to take the entrepreneurial route – but at least it will have been an active choice.

Find out more about Xfund at xfund.com