President of the Oxford Union 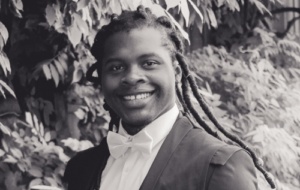 Michael-Akolade Ayodeji (2018, PPE) has been elected President of the Oxford Union for Trinity 2022.

Michael won 486 first preference votes and 52% of the overall vote. He ran as part of the INSPIRE slate with the goal of making goal is to make the Oxford Union more welcoming and accessible. He credits the debating workshops held at the Union with building his confidence and helping him in the transition from sixth-form college to university life.

The election results were announced in the early hours of Saturday 27 November. 1039 votes were cast, compared to 819 in the online election the previous term.

In March, Michael wrote in The Big Issue about his mental health struggles, going to university as a careleaver and his experience with homelessness. When he was a first-year undergraduate, Michael nominated his sixth-form teacher, Oliver Smith, for the Inspirational Teacher Award, saying he “laid the foundation for my getting more engaged with the subject topics, reading around my syllabus, attending talks and seminars on interesting motions beyond the A-Level scope.”

On the last Thursday of term…

Oliver Smith, a tutor at Halesowen College in Dudley…