Our Bodies, Their Battlefield 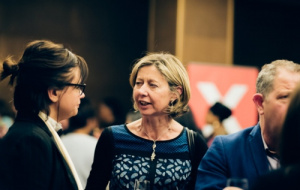 Christina Lamb (1983, PPE), OBE, Honorary Fellow, has written a new book, Our Bodies, Their Battlefield: What War Does to Women, which will be released on 3 March.

In Our Bodies, Their Battlefield, Christina discusses the experience of women in conflict and how rape is used in modern warfare to humiliate, terrify, and carry out ethnic cleansing. She speaks to survivors across four continents, from “comfort women” in Southeast Asia during the Second World War to 1990s Bosnia, where 20,000 women were forced into camps and sexual slavery by Serbian soldiers. She also analyses the experience of the Yazidi women and children enslaved by ISIS and that of the 219 Nigerian schoolgirls abducted by Boko Haram in 2014.

Christina is chief foreign correspondent at The Sunday Times. She has won over fourteen awards, including four British Press Awards and the European Prix Bayeux-Calvados. She has written eight books, including The African House and I am Malala, the latter co-written with Malala Yousafzai. In addition to being an Honorary Fellow of Univ, she is a Fellow of the Royal Geographical Society and a Global Fellow for the Wilson Centre for International Affairs in Washington D.C.

You can preorder Our Bodies, Their Battlefield at Waterstones. A copy will also be available in the College Library.