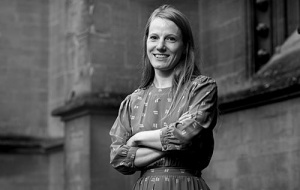 Carys Roberts (2008, PPE) has been appointed the Director of the Institute for Public Policy Research (IPPR).

Carys is currently IPPR’s chief economist and head of the organisation’s Centre for Economic Justice. She worked on much of the policy research and analysis that informed the IPPR Commission on Economic Justice, and on its influential final report, Prosperity and Justice: A plan for the new economy, published in September 2018.

Carys is featured in the Young Univ Gallery. Her profile covers how she found her interview at Univ and her initial dislike of economics!