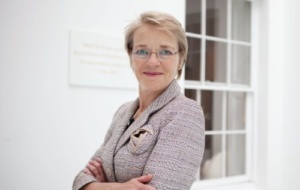 Former Univ Professorial Fellow and Registrar, Dr Julie Maxton, Executive Director of The Royal Society, was promoted to Dame Commander of the Order of the British Empire (DBE), for services to science and law. Dr Maxton was a Fellow at Univ from 2006 to 2010.

Before becoming Executive Director of the Royal Society in 2011, Julie was Registrar at the University of Oxford, the first woman in 550 years in the role. She is a Bencher of the Middle Temple, a Freeman of the Goldsmith’s Company and a Board member of Sense about Science. Dr Maxton combined a career as a practising lawyer with that of an academic, holding a number of senior academic positions, including those of Deputy Vice Chancellor, Professor and Dean of the Faculty of Law at the University of Auckland, New Zealand. Julie has received numerous recognitions including a CBE (2017) and honorary degrees from the Universities of Huddersfield, Warwick, Canterbury, Hull and Bristol. 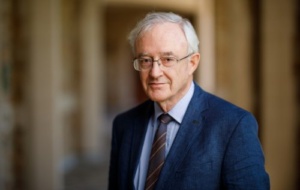 Professor John Finnis AC (1962, Law), Honorary and Emeritus Fellow, was appointed CBE for services to legal scholarship. Professor Finnis was also a Fellow at Univ from 1966 to 2010.

From 1972 to 1989, Professor Finnis was Rhodes Reader in the Laws of the British Commonwealth and the United States. He did his D.Phil. on the idea of judicial power, with special reference to Australian federal constitutional law, as Rhodes Scholar from South Australia at University College. He then taught law at Berkeley, California, before returning to Univ. He has also taught law at the University of Adelaide, the University of Malawi (where he was head of the law department on secondment from Oxford for two years), and Boston College. He was appointed a Fellow of the British Academy in 1990. He has advised several Australian governments on federal-State and UK-Australia constitutional relations as well as arguing appeals at the English Bar in the Divisional Court and the Court of Appeal.

Stanley Martin CVO has been…