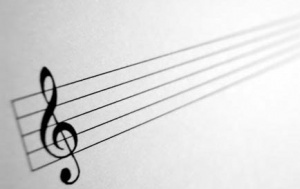 The awarding panel are delighted to announce that the second annual Mendl-Schrama Prize in Music has been unanimously awarded to Isobel Rose (2014, Music).

The panel congratulates Isobel and would particularly like to thank the other candidates for their auditions.

There will be minor prizes awarded to Philipp Lorenz (2012, Biochemistry) and Oscar Hansen (2015, Music), the nature of which will be announced shortly.

“In this, its second year, those who competed for the award all had something special to offer. The Judges, the opera singer Teresa Cahill and the Armenian concert pianist Anahit Chaushyan, assisted by the Director of Music Giles Underwood and me, were unanimous in their choice of winner, the soprano Isobel Rose, who performed songs by Poulenc and Quilter. I had already heard her sing and play the cello at the Shelley Evening on 21st November and was impressed with her musicality. We are hoping to present the prize at the concert of last year’s winners on 30th January 2016.”

“The decision was unanimous. The judges were impressed by the standard and commitment of the candidates. The College is very lucky to have such a generous benefactor, and is similarly blessed to be able to call on such distinguished judges as Teresa Cahill and Anahit Chaushyan.”

The Mendl-Schrama Music Prize is University College Oxford’s first annual music prize for undergraduates, founded and endowed in 2014 by Mrs Heleen Mendl-Schrama in memory of her late husband His Honour James H.E. Mendl (1948, Law). The prize, worth £1,000, will enable the brightest practical musicians to improve their skills and contribute to the musical life of the College.