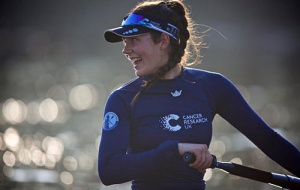 This year, three Univ students are benefitting from the Robin J C Mallinson bursary, funded by the Mallinson Family. The gift supports students who are high-performing athletes, and have earned, or have the potential to earn, a Blue or Half Blue in their chosen sport during their time at Univ. The College is enormously grateful to the Mallinsons for this generous donation. We are pleased to announce that the recipients of the award this year are Harry Fitzpatrick (2016, Chemistry), Rebecca te Water Naudé (2015, Medicine) and Prasad Umavannan (2017, Engineering). 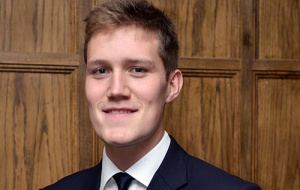 Harry was Captain and President of the Oxford University Golf Club in 2017-18. He says,
“In the coming season, as I have now handed over the captaincy, I will look instead to undertake further training, in order to reach a handicap of zero by the end of next summer. This would allow me to qualify for the British Amateur Championship, one of the most prestigious events in golf. In order to reach this level, I hope to compete in more nationwide events whilst also representing Oxford.” He intends to use the bursary for travel and accommodation, gym and club memberships, and equipment.

Rebecca is a fifth-year medic who has been described as “an inspired athlete.” She has achieved two and half blues during her time at Univ so far, in both rowing and cycling, and finds high level sport to be the perfect counterbalance to her studies. She intends to use the fund for cycling equipment and travel costs. She says, “When I started, I didn’t really know where it would take me, as I wasn’t really sporty or driven. But I got hooked and wanted to see how far I could go.” 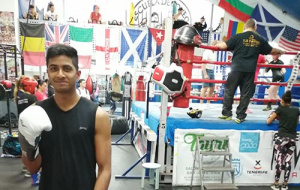 Prasad hopes to make the first team in Korfball, the Dutch cousin of Basketball and Netball. He won two second team colours last year and was social secretary for the team. He plans to use the bursary for travel and accommodation expenses, so that he can attend tournaments around the UK and in the Netherlands. He has also taken up boxing, and hopes to represent the University next year; the bursary will cover club membership and equipment. He says, “This bursary has truly changed my next two years. Playing sport as a leisure activity and competitively…has helped me cope with the large workload at university. The bursary has allowed me to continue enjoying not only sport but also studying for my degree.”

We wish all recipients great success in their sporting endeavours this year. Current students are invited to apply for next year’s bursary in academic year 2020-21. Please look out for the call for applications at the end of Trinity term.