Journal of the History of Ideas 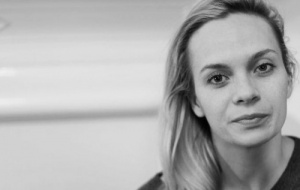 Dr Sophie Smith, Tutorial Fellow in Political Theory and Associate Professor of Political Theory, has been named Executive Editor of the Journal of the History of Ideas. Founded in 1940, The Journal of the History of Ideas is the oldest journal of intellectual history and Dr Smith is the youngest executive editor to be appointed and the first executive editor from a university outside of the US.

Dr Smith is primarily a historian of political thought. Her two main areas of research are early modern political ideas and the history of feminist politics and political theory. She has further research interests in Ancient Greek and Roman political thought, the relationship between philosophy and imaginative literature, and the history of environmental political thinking. In 2016-2017, she was also the Quentin Skinner Fellow at CRASSH at the University of Cambridge. As part of that fellowship she gave a lecture, ‘The Nature of Politics’, which you can watch here.

In early modernity, she has written on the history of European ideas of empire and the state, of citizenship and slavery, and on arguments about the nature and purpose of political philosophy itself. Her interest in the project and politics of political theory extends to my work on feminism. She is currently thinking about the intersections between activist and academic approaches to feminist theory, about feminist engagements with so-called “mainstream” political theory and about what these histories suggest for the future of feminist inquiry.