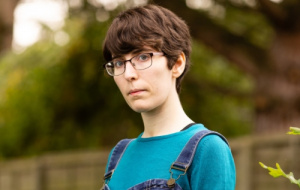 Louise Carey’s (2010, English) first solo novel, INSCAPE, came out on 21 January and was featured in the Guardian‘s roundup of the best recent science fiction and fantasy releases. INSCAPE is a sci-fi thriller set in a post-meltdown future where competing technology companies govern society.

INSCAPE follows Tanta. who is working as a trainee agent for the InTech company. Her first task is to lead a team into an unaffiliated zone to retrieve stolen software files but it goes wrong. Despite this Tanta is promoted and her first assignment is to find how the software was stolen. 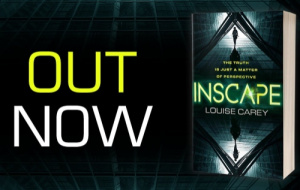 Louise has co-written two fantasy novels, The City of Silk and Steel and The House of War and Witness, as well as a graphic novel, Confessions of a Blabbermouth (DC Comics). She also writes for the Dungeons & Dragons blog Tabletop Tales, which she runs with her partner, Camden.

INSCAPE is available at Amazon and Blackwell’s. Louise is active on Twitter and blogs on her website.

Jim and Ruth Shannon will be…