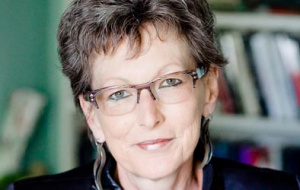 The H.L.A. Hart Memorial Lecture is an annual lecture delivered in Oxford by a distinguished speaker. The lecture is named for H.L.A. Hart (1907-1992), who became Professor of Jurisprudence in Oxford in 1952 and was the author of the highly influential book The Concept of Law. The lecture takes place under the auspices of University College, Oxford, where Hart held his chair, and is supported by the Tanner Lectures Trust. Most of the Hart Lectures are published in the Oxford Journal of Legal Studies. Professor Lacey is only the third woman to give the H.L.A. Hart Lecture in its 30 year history.

Nicola Lacey is School Professor of Law, Gender and Social Policy at the London School of Economics, attached to the Departments of Law and Social Policy and to the Gender Institute. From 1998 to 2010 she held a Chair in Criminal Law and Legal Theory at LSE; she returned to LSE in 2013 after spending three years as Senior Research Fellow at All Souls College, and Professor of Criminal Law and Legal Theory at the University of Oxford. She has held a number of visiting appointments, most recently at Harvard Law School. She is an Honorary Fellow of New College Oxford and of University College Oxford, and a Fellow of the British Academy. In 2011 she was awarded the Hans Sigrist Prize by the University of Bern for outstanding scholarship on the function of the rule of law in late modern societies.

The H.L.A. Hart Memorial Lecture will take place on Tuesday 19 May at 5pm in the Blue Boar Lecture Theatre, Christ Church.

The lecture will be followed by a question and answer session and then a drinks reception in the Fellows’ Garden at Univ. Professor Lacey will also attend dinner in Hall with a large number of invited guests.