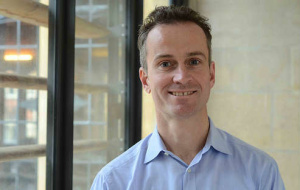 Univ Fellow Professor Gideon Henderson has been elected a Fellow of The Royal Society.

Professor Henderson is Head of the Department of Earth Sciences. From 2008 to 2012 he was co-Director of the 21st Century Ocean Institute, part of the Oxford Martin School. He is also an Associate with the Oxford Geoengineering Programme, having helped to found the programme with the Oxford Martin School in 2010. His research focuses on understanding long-term climate change and the carbon cycle, and therefore to improve prediction of future change, and he has developed new techniques for determining the timescales, magnitude and effects of past global climate change.

Professor Henderson joins Professor Philip England to be the second FRS on the College’s Governing Body.