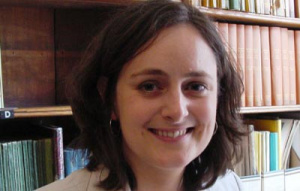 Earth Scientist and Seismologist Arwen Deuss, a former JRF at Univ, is associate professor of seismology at Utrecht University. She was the first person in the world to capture seismic vibrations which went through the very core of the earth. She combines knowledge from seismology, mineralogy and geochemistry to determine how this ‘planet inside our planet’ is built.

The Ammodo KNAW Award, which is being presented this year for the first time, was established to encourage unfettered, fundamental scientific research in the Netherlands across the entire scientific spectrum. The Ammodo KNAW Award will be presented every other year to eight internationally recognised researchers in four fields: Biomedical Sciences, Humanities, Natural Sciences and Social Sciences. The winners receive a cash prize of EUR 300,000 to spend on fundamental research. The award ceremony will take place on 11th March 2015.