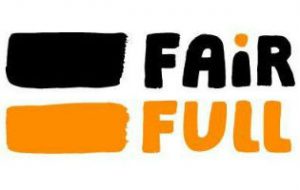 Inspired and energized by another dazzling British summer, we’ve spent the last few months working on our second product! We’ve been talking about it for years, but it’s finally coming! This one will be Middle-Eastern themed, inspired by a Syrian fatayer, and our profits will be used to help refugees and victims of the crisis in Syria. The snack itself is a juicy filling of spiced chicken and vegetables in a succulent dough – we developed the recipe with a chef who’s worked in the region, using ingredients originating from the region, such as barberries, Za’tar and freekeh. We’ve also been working with a Syrian artist in Beirut to create our brand artwork! We aim to launch via a crowdfund campaign around the start of term time, so keep your eyes peeled! We’re still trying to come up with a name for the product, so if you have any ideas please reach out! And for the latest news and updates follow us on social media @FairfullUK.

Find out more about Fairfull by visiting fairfull.co.uk or on our Univ in the Community page.

It’s a busy time at the Gatehouse and we…