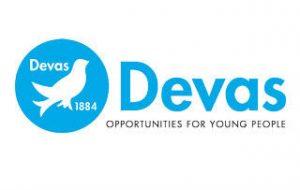 On the last weekend of February, Sunday 26, Devas played their annual match with Univ at Oxford. In recent years a history of Devas winning handsomely has been reversed, to the point of the match ending in a draw in the 2016 match.

This year Devas sent both a men’s team and a women’s team. The recent trend was again reversed, with a strong win by the Devas men’s team. The women’s team followed suit with a good win in their first ever match at Oxford. The Devas team and their coaches are anticipating that in a repeat of history the goal margins of future matches will become progressively narrower.

A particular bonus this year had been the contacts made after the match. Two members of the Devas women’s team who are qualified coaches have offered to run a coaching session at Oxford, probably next Autumn or Winter. And a proposal for a Univ led team to run drama workshops at Devas in the Summer is making real progress.

The other innovation this year was that Devas also brought a small group of Devas members whose schools are supporting their ambitions to apply for Oxford and who want to understand more about undergraduate life. This reflects a growing role of Devas supporting education as part of their work with young people in the Battersea area.