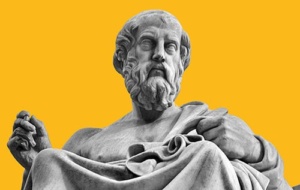 Classics continues to flourish at Univ, with four members of academic staff in the subject: Dr Bill Allan, McConnell Laing Tutorial Fellow in Greek and Latin Languages and Literature, Dr Richard Ashdowne, Supernumerary Fellow, Assistant Senior Tutor, and Stipendiary Lecturer in Classics and Linguistics, and Dr Aneurin Ellis-Evans, our new Cawkwell Fellow in Ancient History due to join us in September. The latter post was held previously by Professor Lisa Kallet, between 2006 and 2021.

However, success in both Mods and Greats at Oxford can depend heavily on the student having a strong linguistic basis. A-Levels (or equivalent) in Latin and Greek may not always meet this standard, and depend on the amount of text read in the original language and the quality of grammatical training. Although the central University offers some linguistic help in the first two terms, colleges increasingly have to offer additional teaching to enable students to fulfill their potential. Moreover, Univ frequently attracts talented students who have not had the opportunity to study any Classical languages before arriving at Oxford, so extra College teaching, through the support of the Cawkwell Teaching Fund, can provide a foundation to help them thrive alongside their peers who had studied Latin and/or Greek at school.

George Cawkwell (1919-2019), was a central figure of the College for over 69 years. He was Fellow and Praelector in Ancient and Modern History from 1949 to 1987 and thereafter an Emeritus Fellow. He held several senior positions at some point in his lifelong association with Univ, including Vice Master, Dean of Degrees, Dean of Graduates and Senior Tutor. To describe his life in such terms, however, does not do full justice to the respect and affection in which he was held throughout the College and by the students whom he taught, mentored and looked after over the course of more than forty years.

The College is grateful to the many students, colleagues, and friends of the Cawkwell family, who, following George Cawkwell’s death in March 2019, kindly offered contributions towards a post in his name. By way of response to these offers, the College established The Cawkwell Teaching Fund in Classical Languages, which allows Univ to provide the increased level of tuition in Latin and Greek that Classicists require. In addition, it is hoped that donations to this fund will allow us to establish a further endowment in George’s name.

Find out more about Classics at Univ here or explore some of our profiles below:

The British Academy publishes the final…