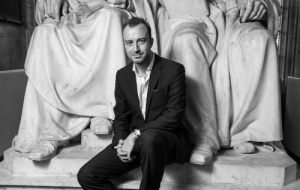 Nigel Holmes (2000, PPE) was promoted to the position of British Deputy High Commissioner to Cameroon for the Foreign and Commonwealth Office (FCO) earlier this year. He was previously employed by the FCO as a Principal Research Analyst.

Nigel began his career as a Research Assistant at the Forum of Private Business in Cheshire from 2004-2005 before joining the Ministry of Defence and then the Foreign and Commonwealth Office. While at Univ he was captain of the Univ Football Team 2nd XI and Univ Table Tennis Club.

Nigel was featured in the first instalment of the Young Univ Gallery. You can read his interview in full online, including all about his first day at Univ!