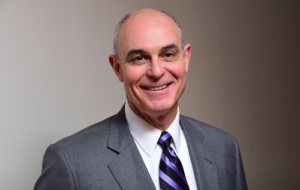 David Frederick (1983, Politics), a prominent appellate attorney in Washington, D.C., has recently been appointed as a University College Foundation Fellow in recognition of his exceptional support of the College.

David joined the College as a Rhodes Scholar after completing his undergraduate degree at the University Honors College, Pittsburgh University. He studied at Univ until 1987, earning a DPhil in politics. He later served in the Department of Justice as Assistant to the Solicitor General and as Counselor to the Inspector General. Since 2001, David has been a partner at Kellogg, Hansen, Todd, Figel & Frederick, P.L.L.C. in Washington, D.C.

David Frederick is one of the most accomplished lawyers in the United States. For more than a quarter-century, he has been a prominent advocate before the U.S. Supreme Court, where he has argued more than 55 cases on behalf of a wide diversity of clients. He has represented workers, investors, immigrants, farmers, Native Americans, small corporations, public-sector labor unions, trade associations, large companies, foreign governments, states (Alaska, Delaware, New Hampshire, South Carolina, Tennessee, and Vermont), the European Union, and the United States.

In the lower courts, David has played a leading role in some of the most pressing legal controversies of recent decades. On behalf of the United States, he was part of the counsel arguing the landmark Microsoft antitrust case, which enabled competition to flourish on the Internet. In the fallout from the historic settlement in the late 1990s between tobacco companies and States, he represented 38 states in pathbreaking arbitration to hold the tobacco companies to their payment obligations for damages related to tobacco use. When the financial crisis of 2008 occurred, he served as lead counsel for the National Credit Union Administration, recovering more than $5.2 billion for the NCUA from Wall Street banks. Furthermore, his argument in court representing retired professional football players led to their historic billion-dollar settlement with the National Football League for concussion-related injuries and illnesses, leading to greater attention on preventing head injuries in sports. He is currently lead counsel for the State of Florida in holding the manufacturers, distributors, and pharmacies responsible for the opioid epidemic.

He and his wife, Sophia Lynn, have established scholarships and fellowships at numerous universities, and supported many arts organisations, including the Kennedy Center, the National Museum of American History (for which David serves as a Board Director), and many theater organisations. They created the Crow’s Nest Research Center to protect a 132-acre parcel in Stafford, Virginia, and to promote wetlands research, environmental education, and conservation. To top it off, David is an avid supporter of the Univ Boat Club and the San Antonio Spurs.

Each year, the College can elect an Old Member to the status of Foundation Fellow, in recognition of their long-standing support of the College. This year, we are delighted to announce that David Frederick was asked to become the latest Foundation Fellow. He accepted, and the election passed Governing Body in Michaelmas 2021.

On 3 December we hosted…